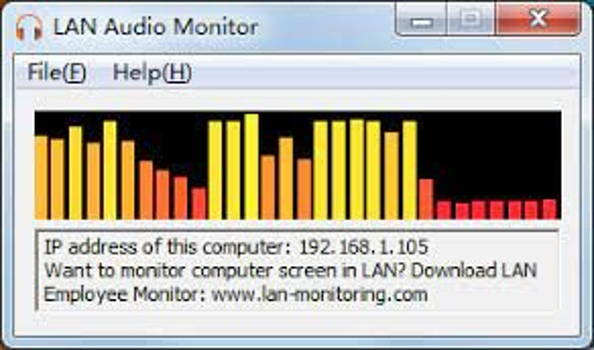 1.Transmit alarm to control station: In a company, some computers are distributed on different place. But alarm system software is placed on these computers. Generally there is no worker beside the computer. With LAN Audio Monitor, the alarm will be transmitted to a control station computer instantly.
2.With this software, you can share your speaker to all computers in your LAN.
3.Monitor the sound in another computer secretly. You can monitor the sound which is played on the sound card or which is inputted from microphone.
4. LAN Audio broadcast. LAN voice transmitter and receiver.
5. Stream audio over network. Play music over LAN.