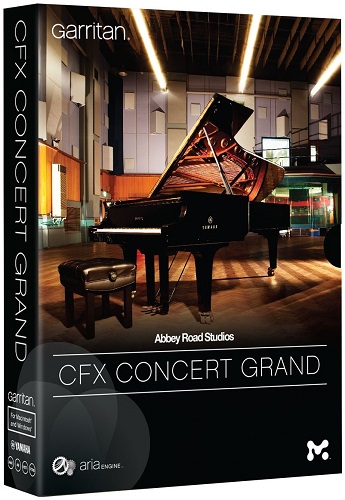 Passion Reflected in Every Detail
We placed the awe-inspiring Yamaha CFX Concert Grand Piano in Abbey Road Studio One, where award-winning engineers used the world’s greatest microphones and equipment to create a stunning virtual instrument library.

A truly remarkable virtual piano
The Garritan Abbey Road Studios CFX Concert Grand places the user on the bench before the Yamaha CFX, an incredible concert grand piano characterized by a wide palette of tonal colors and the ability to create the most subtle, expressive nuances. This beautiful instrument is matched with the stunning acoustics of Abbey Road Studios’ legendary Studio One and the finest collection of microphones in the world.

All facets of this project – the instrument, the room, the mics, and the recording expertise – work together to create the finest sampled piano ever captured. Experience the passion reflected in every detail. 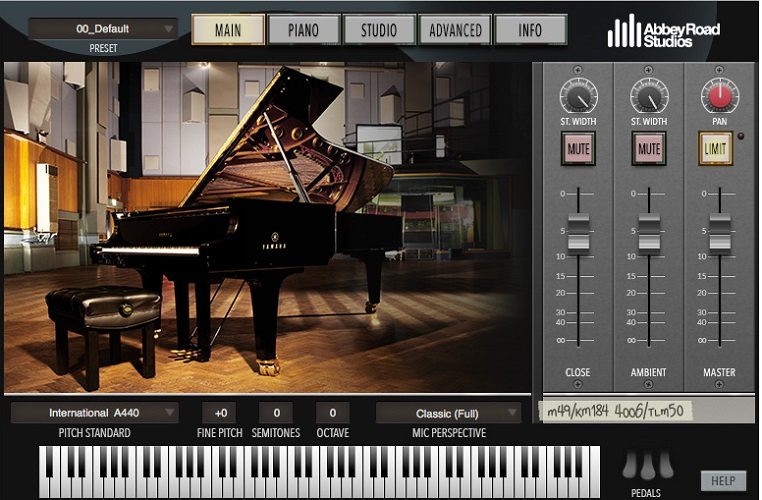 The Yamaha CFX Concert Grand Piano
The CFX piano marks a significant milestone in Yamaha’s celebrated 108-year history as an acclaimed world-class piano maker. In 1991, Yamaha began its most ambitious piano project ever: to create a new generation of grand piano for concert, conservatoire and studio performance.

The result was the CFX Concert Grand Piano, a revolutionary new instrument that embodies the concept of beauty and power. The rich palette of tonal colors and musical voices the piano can produce characterizes its beauty. The power comes from the CFX’s unprecedented tonal projection. The development and evaluation phase of this remarkable instrument took almost 20 years. During this time, a 40-strong team of the world’s most talented piano designers, technicians, craftsmen and, of course, pianists deconstructed the concert grand and began rebuilding it from the ground up. Every aspect of traditional piano design was questioned, evaluated, improved and relentlessly tested. Once the design was nearing completion, multiple prototypes endured thousands of hours of secret testing at concert halls across the globe.

Each CFX is entirely hand-built by a small team comprising some of the world’s most experienced and skilled craftsmen. All materials are meticulously selected and refined to ensure unprecedented music performance in the most demanding of situations. It offers outstanding expressiveness for a truly musical performance. With enough tonal presence to be heard over the sound of a full symphony orchestra in the largest of concert halls, the CFX is truly one of the greatest pianos ever created.

Studio One
Abbey Road Studios’ Studio One is one of the largest and most beautiful sounding orchestral studios in the world. The space can easily accommodate a 110 piece orchestra and 100 piece choir simultaneously. Studio One’s acoustics are as famous as its location, offering a supremely warm and clear sound with a reverb time of 2.3 seconds. This makes it perfect for numerous types of recording, from solo piano to large orchestras.

Studio One is Abbey Road’s largest recording space and has enjoyed a remarkable history. Architects Wallis Gilbert and Partners decorated the original walls of Studio One in their distinctive art-deco style, which gave the room a darker sound than its current, superior-sounding incarnation. In 1931 the impressive room hosted Abbey Road’s inaugural recording session with Sir Edward Elgar, and has since hosted historic sessions by the London Symphony Orchestra and luminaries ranging from Yehudi Menuhin, Pablo Casales, Bela Bartok and Jascha Heifetz to Glenn Miller and Fats Waller. In 1967, Studio One played host to The Beatles’ famous performance of ‘All You Need Is Love,’ which was captured as part of the first ever live, international satellite TV broadcast.

When Studio One opened, it was used primarily by EMI’s prestigious His Master’s Voice (HMV) label and it continues to host classical recordings to this day. It is also one of the world’s premiere locations for movie scoring: the long list of blockbuster scores recorded in Studio One includes Raiders of the Lost Ark, Star Wars, the Lord of The Rings Trilogy and Gravity.

Presets
Garritan has worked closely with Abbey Road Studios to develop presets that are both functionally useful and inspiring to play. Research included artists and genres as well as notable recordings, cinematic settings and live performance examples to make the CFX as flexible and versatile a musical instrument as possible.