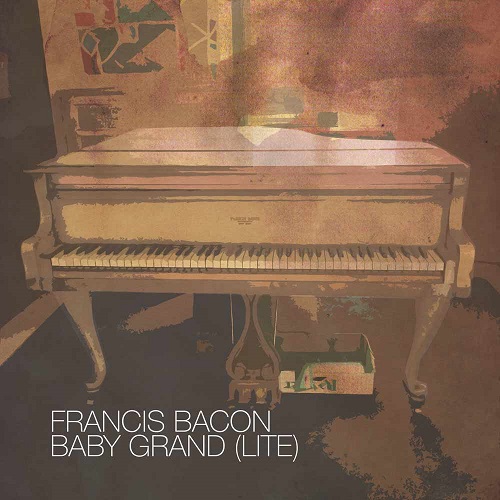 A modern-era baby grand piano, sampled with the soft (una corda) pedal down.

Perfect for adding some character to your next film score. Requires the full version of Kontakt 5.3.1 or later.
This is the lite version of our Francis Bacon Baby Grand Piano. The main difference is that the full version has four round-robins and release triggers.

A modern-era baby grand piano, recorded with the soft (una corda) pedal down. Requires the full version of Kontakt (version 5.3.1 or later).

Background:
This piano belongs to a daycare center in West Philadelphia. It’s a little bit hard to date because the serial number couldn’t be located, but we know that it is from some time before 1934 because that’s when the Francis Bacon company went out of business. Based on the styling, it’s likely from the mid-to-late 1920s.

In the 19th century, the complex that houses the daycare center was a seminary, and the piano lives in a small, partially-used cottage on the edge of the grounds that was originally built for the rector of that school. In February 2019, we finally got in with our mics.

The piano was sampled with the soft (una corda) pedal down.