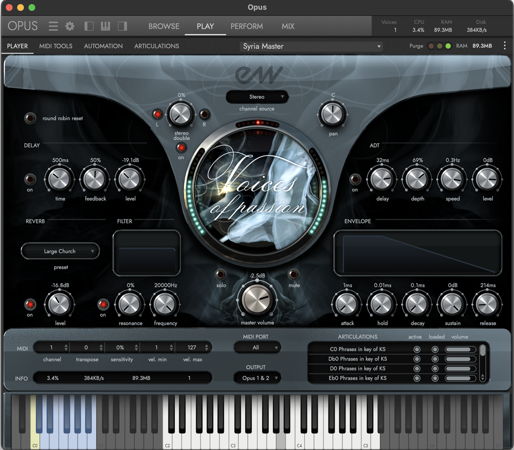 Whenever you need solo vocals as an effect rather than a traditional singer, Voices of Passion gathers the uniquely beautiful voices of female singers from around the world and makes them available to you in a single library. As a media composer tasked with depicting a sprawling landscape, a single note from one of these singers will throw it into sharp relief. You can produce an incredibly expressive performance with ornaments, vibrato, and all the subtleties you need to produce the exact soundscape for the job.

Over 7GB of 1,000 recorded ethnic phrases

Now included in OPUS, along with individual downloads, custom keyswitches, and dozens of MIDI Tools and Mixer Effects

You need R2R PLAY/OPUS release to use this library.