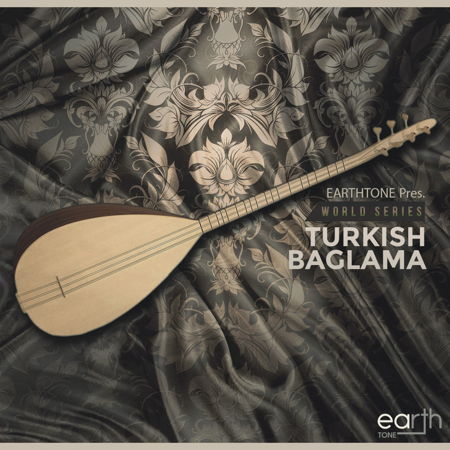 ‘Turkish Baglama’ presents a collection of traditional Baglama melodies that have been professionally played by exceptional musicians to reflect its unique and characteristic sounds.

‘Baglama’ is the most commonly used string Folk instrument in Turkey. It takes different names according to the regions and according to its size. It has three main parts called Tekne, Gogus, and Sap. Tekne part is generally made from mulberry trees as well as from woods of juniper, beech, spruce, or walnut.

The gogus part is made from spruce and the sap section from homespun or juniper. There are pieces called burgu (screw) at the end of the sap which is opposite to tekne part to which the strings are tied. These screws are used for tuning. There are pitches on the sap tied with fish line. This instrument is played with a Mizrap or Tezene made from cherry wood bark or plastic and fingers are used in some regions. The latter technique is called Selpe. If a single instrument were to represent Turkish folk music it would have to be the baglama cause it is used to express both joyful and sad emotions by the Turkish folk throughout history.

In detail, expect to find 587 MB of raw content featuring 90 beautifully played ‘Baglama’ loops at 90, 110, 130 BPM and includes a dry version (w/o any additional e.q, compressor or reverb effects) and wet version of each, giving a total of 180 files. All loops are Key and Tempo Labelled for ease of use. All sounds are ready to fit straight in your tracks.

This instrument can be used accompanying other instruments and is perfectly usable in a variety of musical genres whether you’re producing World music, Ethnic and Organic Folk music, Experimental, Cinematic, Ambient, Meditation, Live Lounge, Electronica or even Hip-Hop, also suitable for Film Score, Documentaries and media compositions as well – the only limit is your imagination!

Please Note: This is a ‘Baglama’ pack ONLY, other sounds contained within this Demo are for illustration purposes only.