Blues, jazz, and funk solos are usually improvised. Top players almost never play the same exact solo over a particular tune or groove. However, they might tap their own vocabulary of licks and use those licks in their improvised solos. Sometimes, they’ll even build their solos around those licks. I’ll show you how to do that in this course.

Oz Noy’s Twisted Guitar: Blues Soloing will demonstrate how to leverage your own vocabulary of licks and craft compelling solos and improvisations. You’ll be working with 10 blues backing tracks, over which Oz will improvise 2 solos for each of the tracks – 20 solos in total.

”All of the solos and licks include some of my “twisted” harmonic approaches. We’ll work with a variety of tempos, keys and feels. The first solo will always include a few handpicked licks from my own vocabulary, and I’ll intentionally build my solo around those licks. I’ll also teach you those licks, note-for note – 30 licks in total! The second solo will also be improvised, but I will not build the solo around any particular licks. I’ll let you pick out your own favorites and then learn them from the included tab and notation.”

Oz will guide you through all 20 soloing performance studies and 30 licks. Oz will perform each study for you over a backing track, and then breakdown the performance emphasizing the key principles in play. ”I’m going to show you some licks over both chords, as well as some lines to connect them together. After I go over some licks and lines for this track, I’ll then show you a solo utilizing them. To wrap up, I’ll perform a solo where I’m improvising completely.”

Ice Man – ” This set of lessons is working with a track called “Ice Man”. It’s a medium-tempo funk groove over an A7 chord. Harmonically, there’s a lot that can be done with it – we’ll being taking it in and out with some diminished sounds. It’s heavily inspired by Albert Collins, hence the name of the song, especially his work bringing the funk into the blues.”

In the Middle – ”Now we’ll be working with a track called “In the Middle”. This is a 12-bar blues in C, but all the chords are sus chords, making it much jazzier sounding. In terms of the scales we’re using, it’s more of a Mixolydian or exotic sound, although you can still use the pentatonic. It’s kind of like the Miles Davis sound, specifically “Eighty One”, and his use of sus chords. Be aware of it, and let your ears open up to this new sound!”

Rumba & Coke – ”This track is called “Rumba & Coke”, a classic blues with a rumba rhythm groove. In terms of the harmony here, it’s based on one of my tunes that’s not quite a 12-bar blues. Here we have a couple of dominant chords, but also a diminished chord and a turnaround. So, a little trickier when playing the licks, as it’s very important to accent the chords that you’re playing over.”

Slow Greasy – ”This is a tune called “Slow Greasy”. The groove is basically a really, really slow Texas shuffle – a “flat tire” groove. I like these kinds of tunes, because it gives you a lot of space but you still have a nice shuffle rhythm. In terms of the changes, it’s basically a 12-bar blues in Bb, but because it’s slow, there’s a hint of jazz in the changes.”

Laid Back Swing Thing – ”For this set of lessons, I’ll be teaching you a song called “Laid Back Swing Thing”. It’s a slow blues in F, with a swing, jazz feel. The changes are jazzy, too – we’ve added in ii-V’s and a turnaround here. It’s slow, which is nice, but if you hit a bad note, you’re going to hear it! It can be challenging.”

Twisted Soul – ”These lessons use a tune called “Twisted Soul”. Basically, this is a minor blues with a medium tempo soul groove. The chords for the track are: Amin, Dmin, F7 into E7, back to Amin.”

Blues on the Juice – ”This song is called “Blues on the Juice”. This is a fast, funky James Brown-esque, groove on steroids, in the 12-bar blues form. Since we have a fast tempo and standard blues changes, I can really open up the harmony here. Let’s start rockin’.”

Whole Tone Jam – ”Our final song for this course is “Whole Tone Jam”. This is a 12-bar blues in E, with a Stevie Ray Vaughan Texas shuffle feel. At a certain point, I open up the harmony and target the dominant chords – the E7, A7, and B7 – as whole tones, meaning I’m using the whole tone scale. This is what gives it the jazzier feel over the shuffle.”

Oz will explain and demonstrate all of the key concepts and approaches along the way. You’ll get standard notation, tabs and diagrams for the key examples and performance studies. Plus, Oz includes all of the rhythm tracks for you to work with on your own. In addition, you’ll be able to loop or slow down any of the performances so that you can work with the materials at your own pace.

Grab your guitar and lets get twisted with Oz Noy! 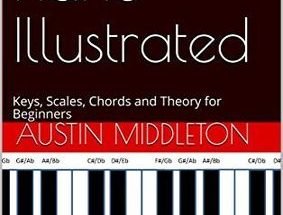 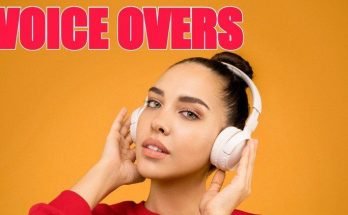