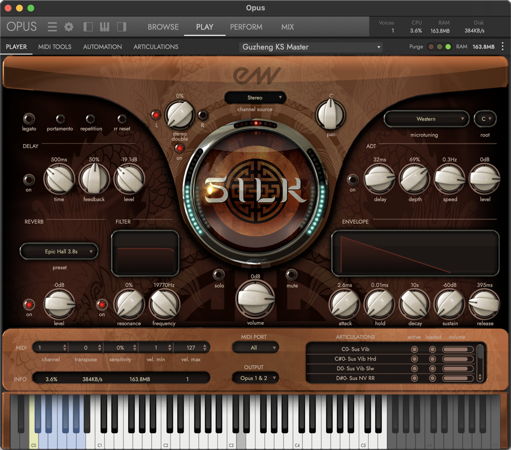 Effortlessly pull your listeners into the ancient world of your choosing. Produced by award-winning sounds producers Doug Rogers and Nick Phoenix, Silk features a large collection of world instruments from the lands of the Silk Road: China, India, and Persia. These bowed, plucked, and wind instruments were performed by master instrumentalists who have spent years perfecting their craft and were recorded using vintage Neumann microphones at legendary EastWest Studios. Using SILK’s broad range of articulations, live-recorded legato and full phrases, you can quickly create an ensemble that sounds like it was recorded in a time and place far removed from our own.

You need R2R PLAY/OPUS release to use this library.