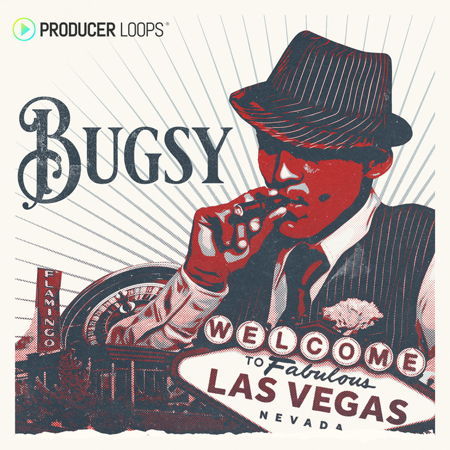 ‘Bugsy’ by Producer Loops is a sample collection inspired by Benjamin “Bugsy” Siegel, an American mobster who was a driving force behind the development of the Las Vegas Strip and the iconic Flamingo Hotel. Loaded with a set of vintage instrumentals such as strings, brass, keys and accordions, ‘Bugsy’ evokes with incredible fidelity the atmosphere of luxury and opulence of the early 20th century’s American gangster landscape.

We’ve made sure to include the best quality samples and loops and utilize genre specific processing techniques to ensure they cut through the mix. All of the loops in this product are 100% Royalty-Free, so once purchased, you can use these loops in your commercial track releases without having to pay any hidden costs.

One-Shot Samples:
Alongside the loops, this pack includes one-shot samples, allowing you to create new beats, fills and loops to complement the existing material. Simply load them up into your sampler of choice and create an infinite number of fresh ideas.

MIDI Files Included:
‘Bugsy’ includes MIDI files for the majority of musical phrases heard in each Kit, allowing you to seamlessly mix your favourite synths and samplers with the sounds contained in the pack.

OMF Format:
Importing the OMF file into your DAW allows you to re-structure the original arrangement.